Some day I want to get a bonsai that looks like this!

So much architecture has been lost in Toronto over the decades. I am glad the Broadview hotel was spared, and rehabilitated!

Three images from my recent visit, this time with a different film and a red filter to darken the sky and increase the contrast. 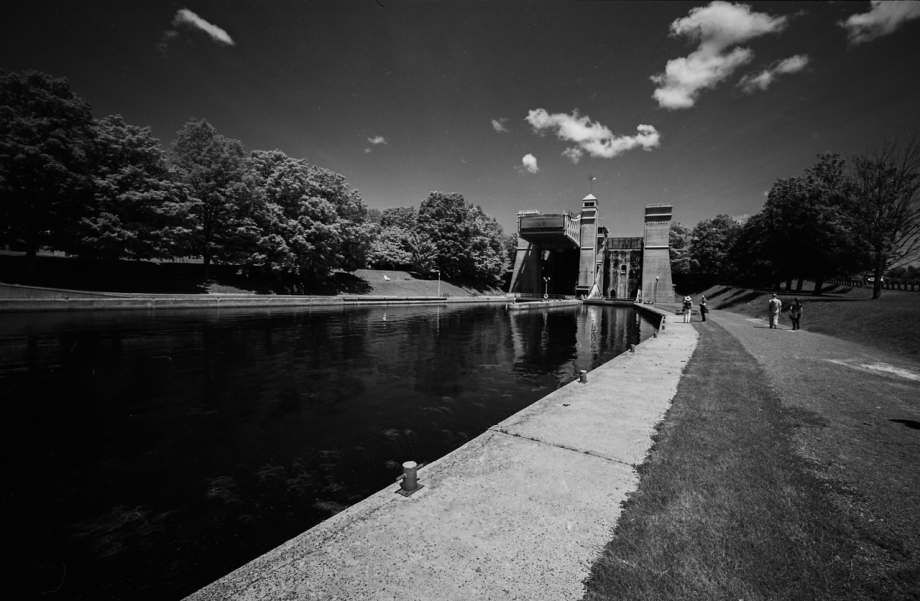 Somewhere on King St. I think. Time to start taking notes as I shoot!

I took this image on a recent walk downtown, and I don’t remember the location. There are days my memory (or lack thereof) just scares me …

Yes, I love the look of skies darkened by a red filter. To me it seems like a sense of stark drama is created, a hidden eeriness is revealed. These four images are from a recent trip down to The Beaches.

I was out in the Beaches last Sunday and snapped this image quickly before the motorcyclist could drive off, so I wasn’t looking closely at the background. When I scanned the negative and looked at the image I was amused by the mismatch of foreground and background.

The Flatiron building in Toronto is one of the most photographed buildings in the city, but I don’t think I’ve ever taken an image of it that I really liked, until now …

Since I was point the 15mm/f4.5 Superwide Heliar up in the air, I got lots of distortion, but I like how it worked out.

My Third Eye
Blog at WordPress.com.