I have decided to start a new long term project called The Only Cafe Portrait Series; all images as follows:

Today’s portrait of my good friend Ori is actually the second in the series. (Link to the first). If you are in Toronto (or plan to be in the future) and would like be a subject for this project, let me know at johngmeadows@gmail.com.

Imperfection is the common theme this week; I talk about how I love the artistic effect of the optical imperfections of the Helios 44/2 lens, and the copy of got for my Nikon, tricked out to work on a Nikon body, by this clever technician (fascinating video by the way).

The other aspect of Imperfection is a reflection on my piano lessons and music, and dealing with the ups and downs of the creative process.

Here are a couple of examples of the swirly effect that is possible with the Helios 44 series of lenses. 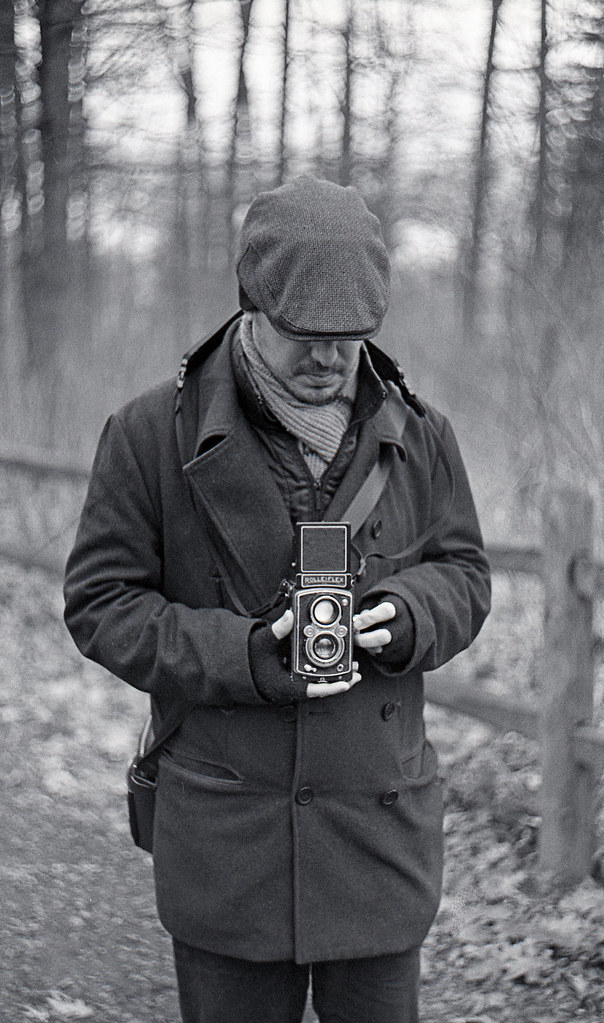 Last Sunday morning on the U of T campus. Did she find solitude or did solitude find her?

Another image from my walk around the University of Toronto campus on Sunday morning. This is a doorway at Trinity College. I loved the dappled, complicated light I was seeing that morning!

Yesterday afternoon was a lovely sunny fall day, with a low sun that created interesting hard-edged shadows with a lot of crispness It would have made outdoors portraiture tough, but for what I was shooting at the University of Toronto campus it was perfect.

Another image from Taylor Creek Park. Shooting the Helios 44 wide open gave a soft effect that I quite like for a lot of the plant

This image was created in Taylor Creek Park, no far from where we live in East York. For much of the last few days it has been warm and sunny, but it is still autumn.

One of my favourite lenses is my early 1960’s Russian-built Helios 44/2 58mm lens, with an obscure lens mount: a 39mm thread mount, not meant for Leica for a specific model of Zenit SLR’s. The lens is amazing, but I’ve had horrible luck with the bodies in terms of longevity. I found a lens mount adapter from China on eBay  for six bucks that I originally got mount the lens on my Pen F half-frame, but I realized I could use on on Canon EOS mount cameras as well. At “The Big One” film camera sale last weekend I was able to pick up a Canon Rebel G body in perfect shape for $15, and this lens has a new home :-). The image below was taken the same day I got the camera body