I took a picture of this gentleman outside of Edinburgh Castle. He is not wearing a kilt or playing bagpipes, but to me his expression seems to show the essence of the Scottish character. 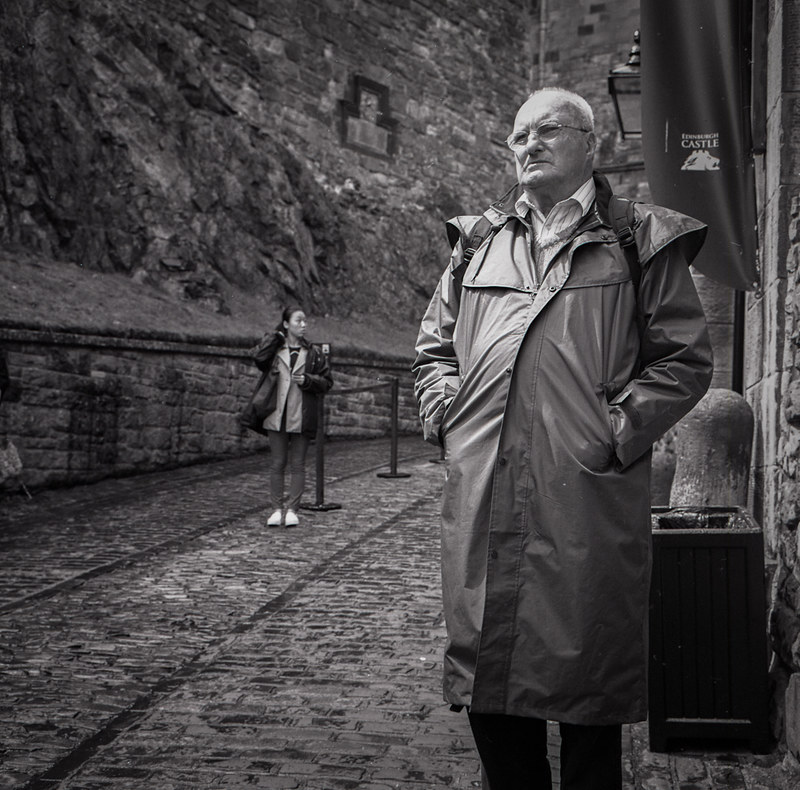 Rollei Retro 80s is an amazing film! When we visited Armadale castle it was a very grey, soggy day, but the inherent contrastiness and bite of the Rollei Retro 80s film turned the light into something special. All images taken with Voigtlander R body, 15mm/4.5 Superwide Heliar lens. 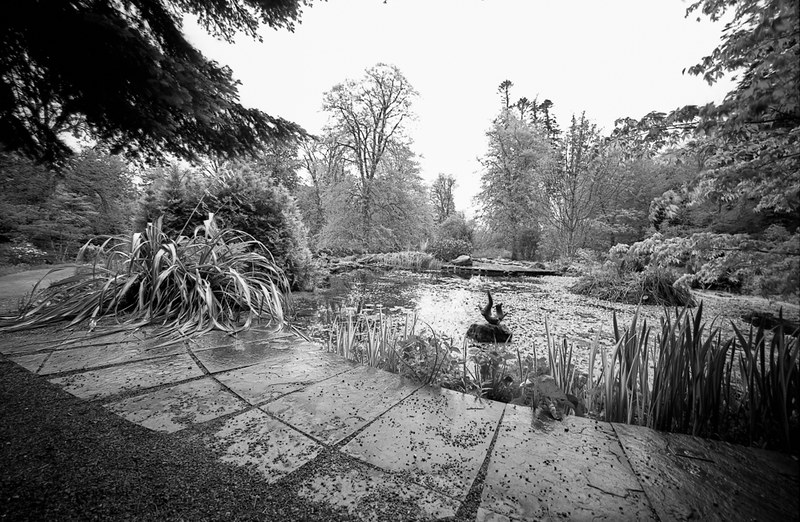 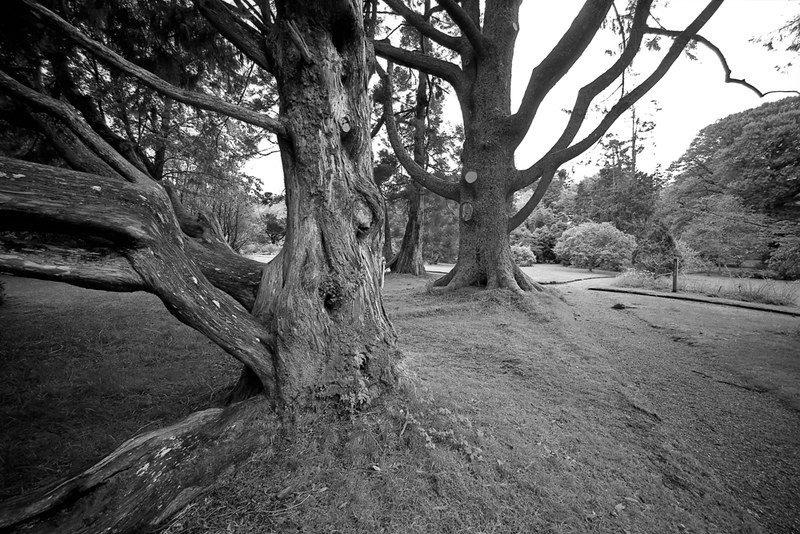 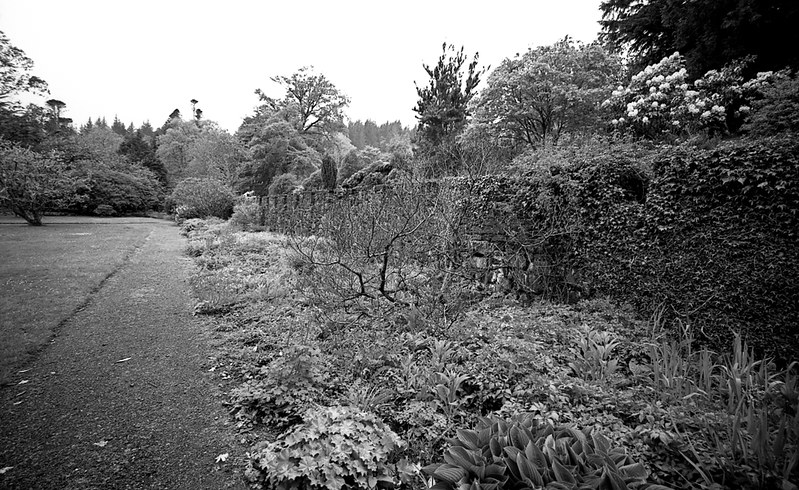 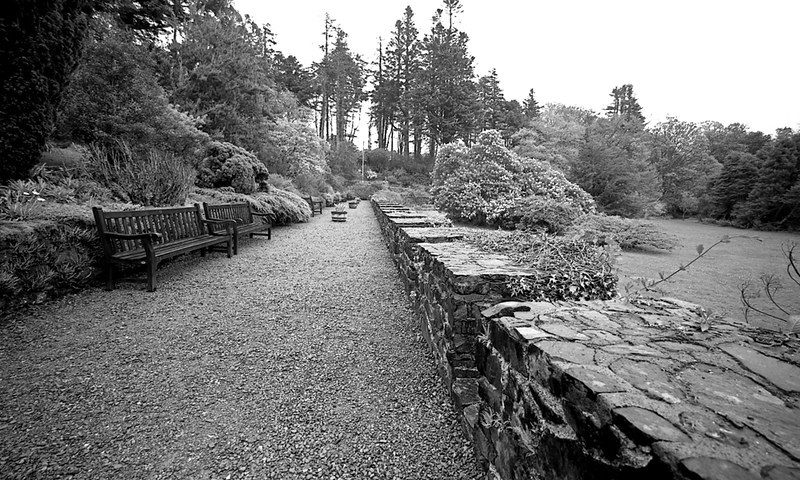 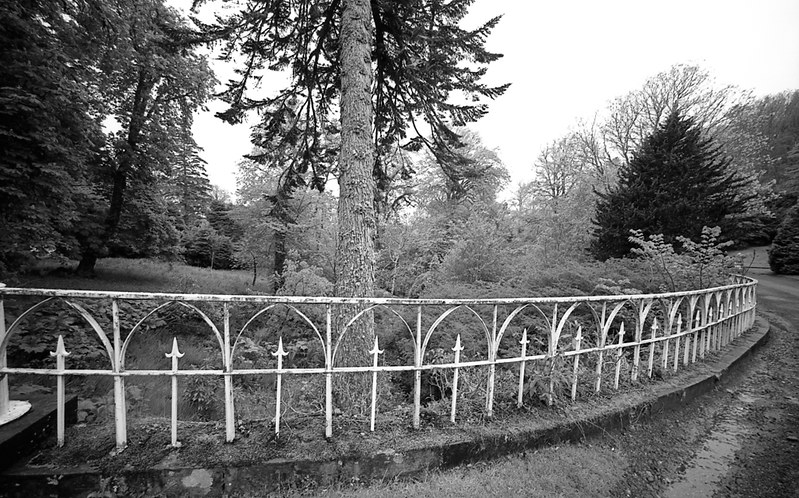 After the glass and steel grid that makes up so much of Toronto, the town of Lerwick in the Scottish Shetland Islands is such a delightful change! All these images were taken with my Rolleiflex E3 camera, on some of my final rolls of Kodak Plus-X film 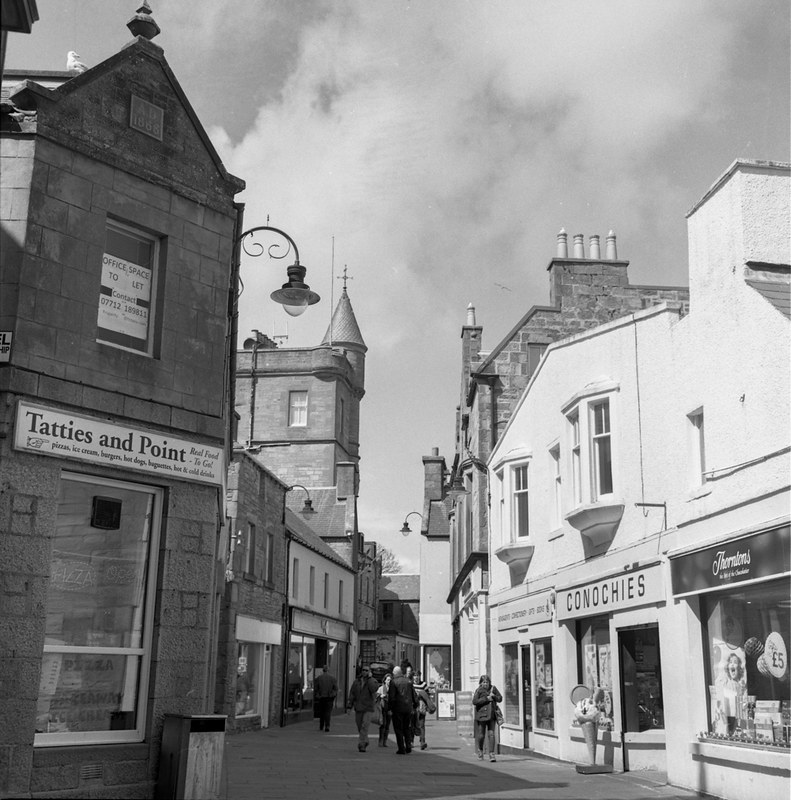 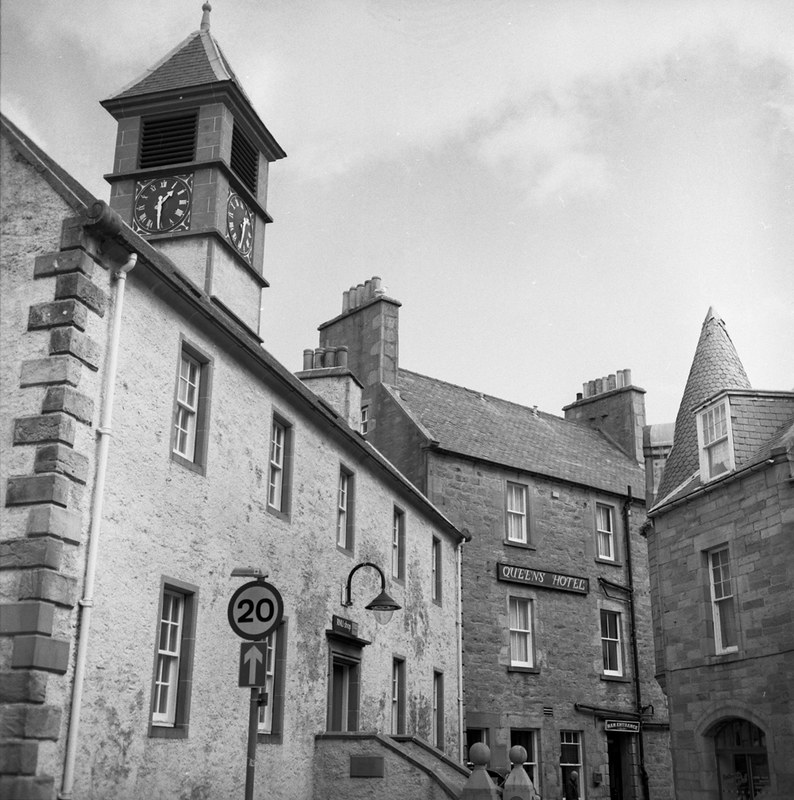 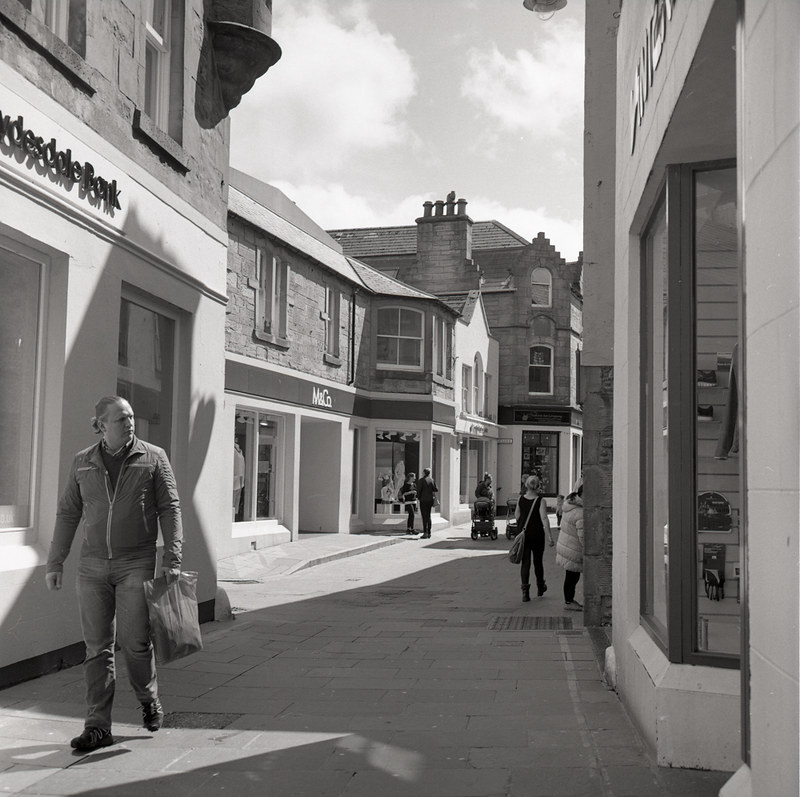 This image was taken on the Jacobite train in Scotland. Even with the tremendous depth of field of the 15mm lens I knew not everything would be perfectly in focus but it wasn’t far off! 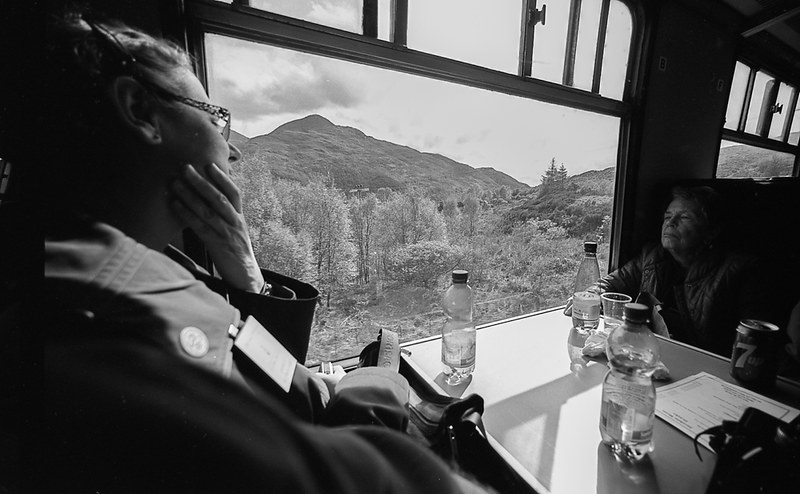 I had an idea for a new feature, while reading yet another film vs digital debate post. I’ve said before that the only thing that matters is the final image; the technology (film or digital) is secondary. What I am going to do on Wednesdays is post a photo with no technical information (you can click through to Flickr if you really want to see), and just focus on the image itself.

The first image comes from Edinburgh. Inside an old church that had been converted to an indoor market. Up in one corner of the market was a bicycle leaning against some beer kegs, catching late afternoon light coming in through a window. Works for me! 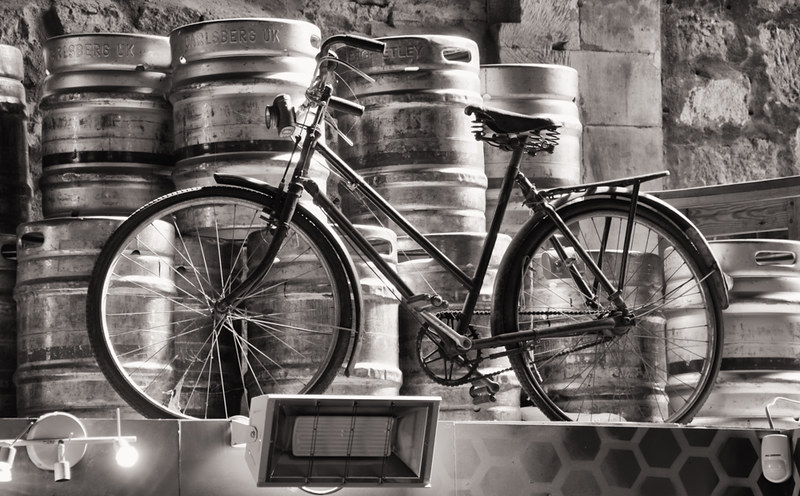 Our first day in Edinburgh was windy and rainy, and the weather changed every five minutes during the second day but that wasn’t going to stop us! These images were created with my Voigtlander R 35mm rangefinder, with the Super Wide Heliar 15mm/4.5 mounted, loaded with Kentmere 400 film. 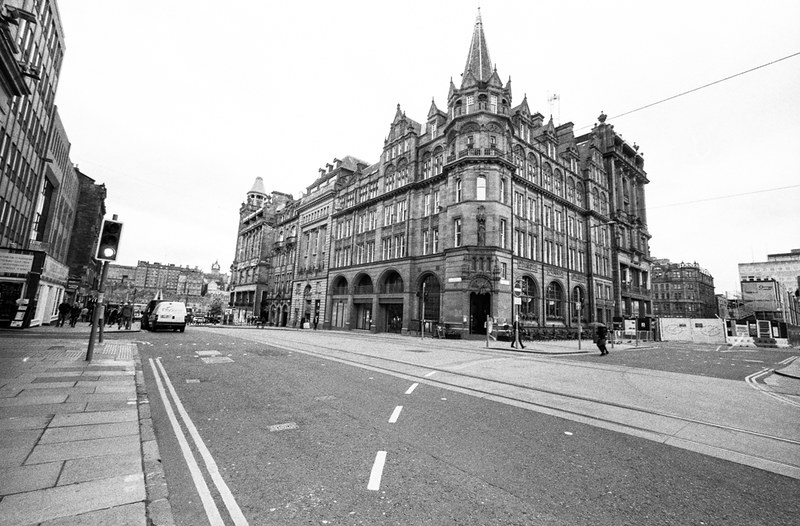 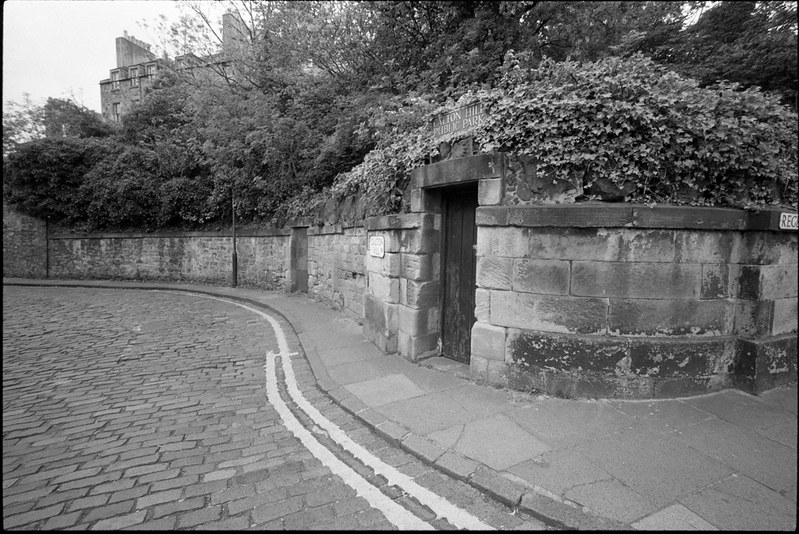 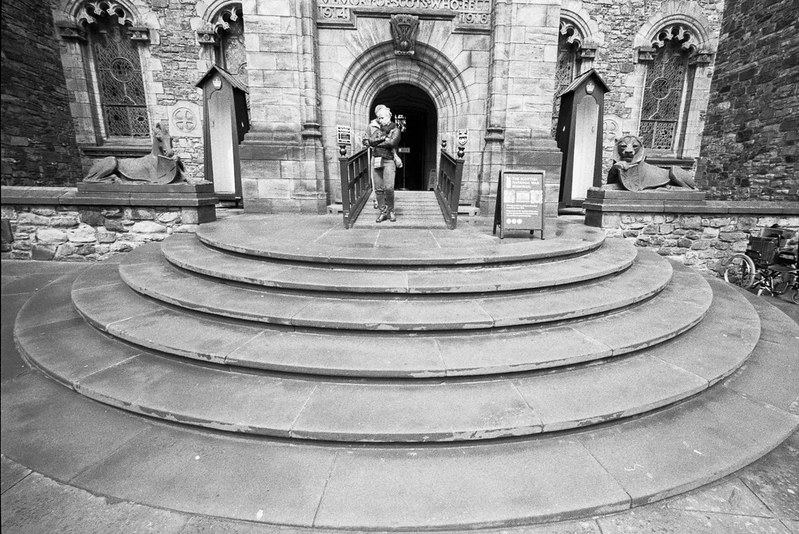 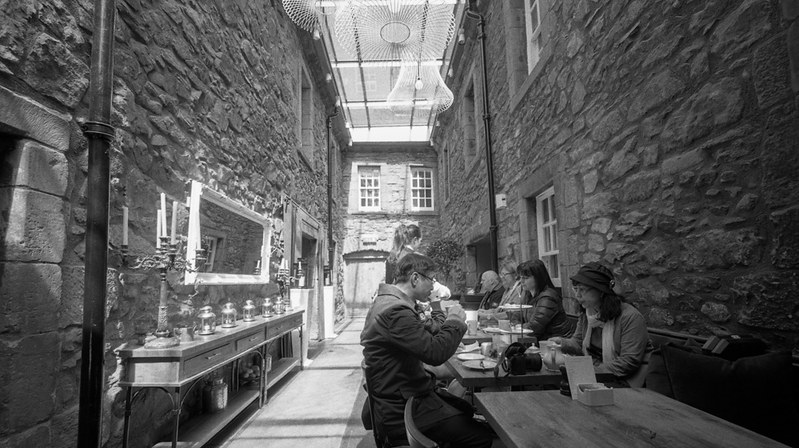 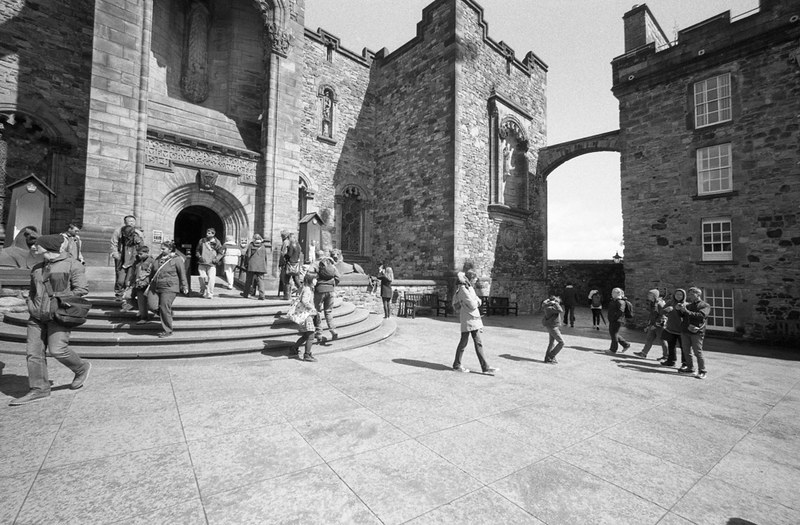 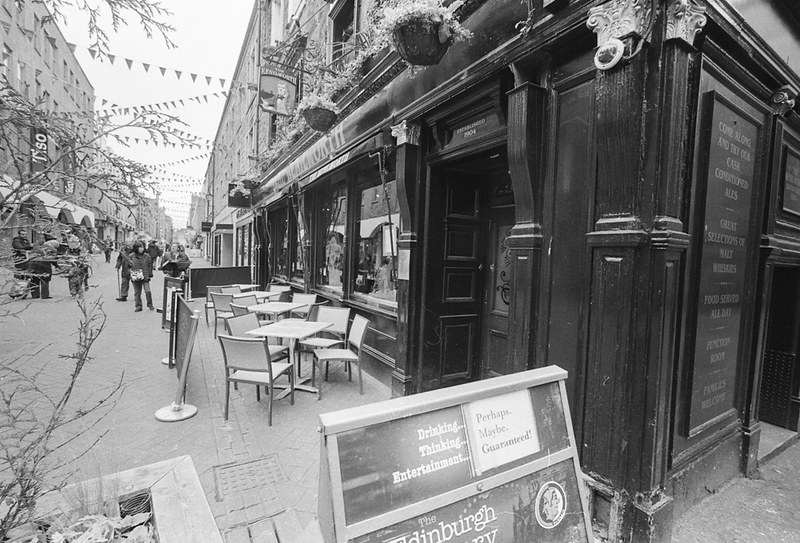 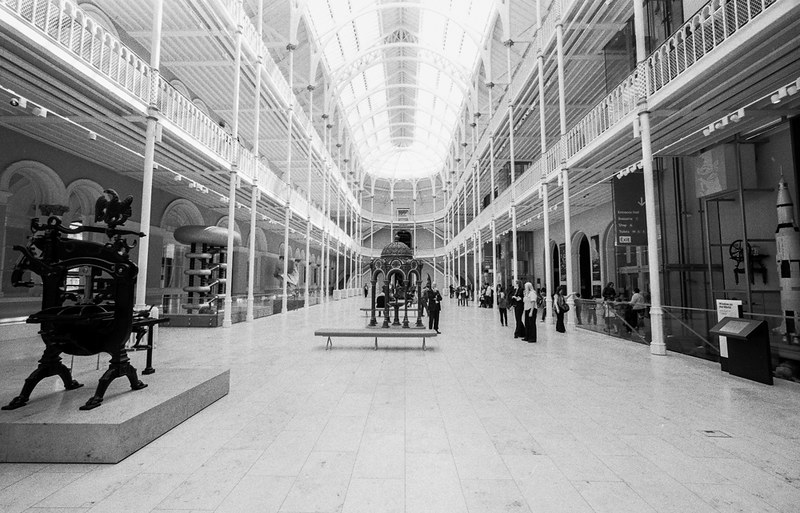 On our first day in Edinburgh (rather rainy and windy most of the time) one of the places we went was Calton Hill Park: an interesting location containing an offbeat collection of structures. This Greek-inspired structure caught my eye. 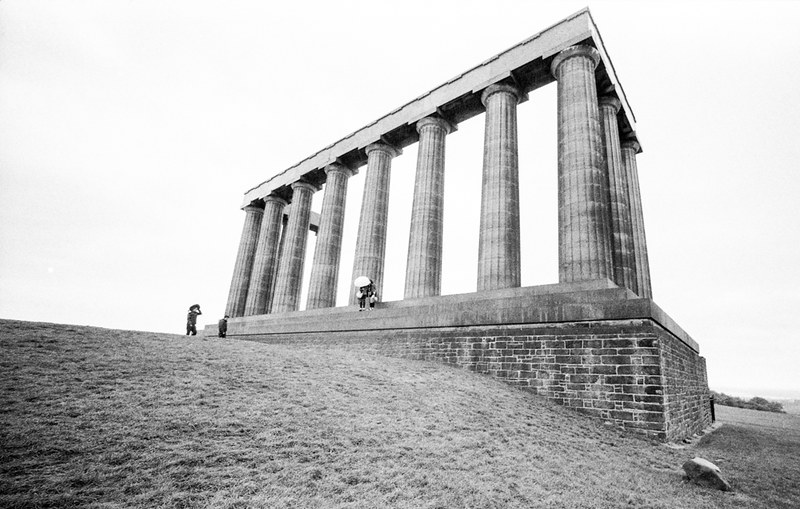 While walking in Edinburgh, we passed by what appeared to be a playing field. After seeing hills of rock and natural ground cover, seeing this perfectly flat space covered by artificial turf seemed almost surrealistic, and an infrared treatment seemed appropriate. 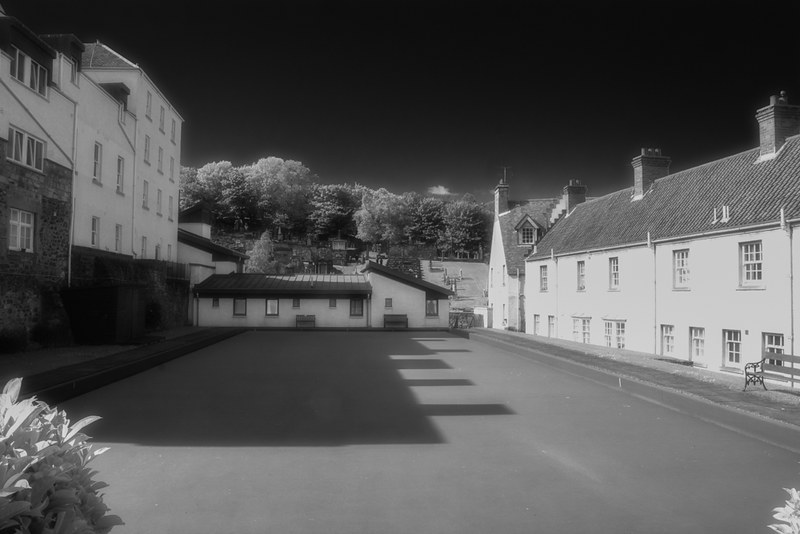 Posting one more digital image of a castle in Scotland (I’m still not sufficiently mobile enough to develop my film, which is really bugging me!). I mentioned in my last podcast episode how being in this spot, on a rainy, blustery day with a piper playing. gave me a feeling of visceral connection, of being home, even though my Scottish ancestors left Scotland for Nova Scotia centuries ago. 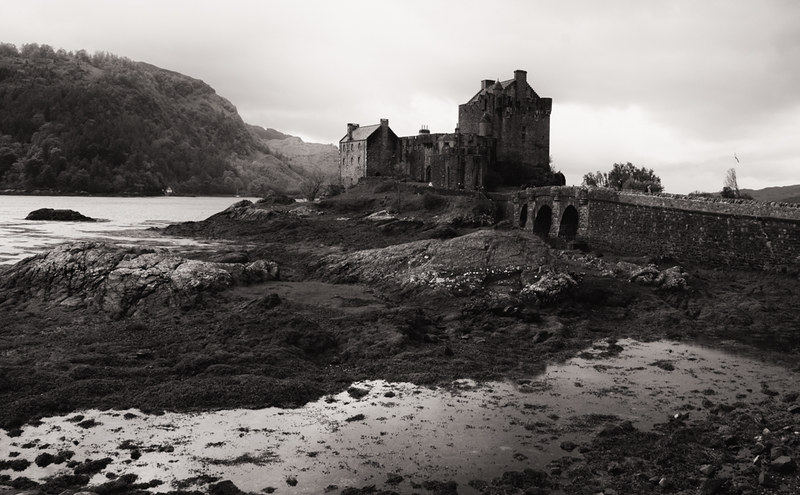 It was a rainy day on our visit to Armadale Castle, and we had limited time, so my framing wasn’t quite perfect, but I loved the look of spaces within spaces in the ruins of the castle. Oh to have 20 minutes and a tripod! 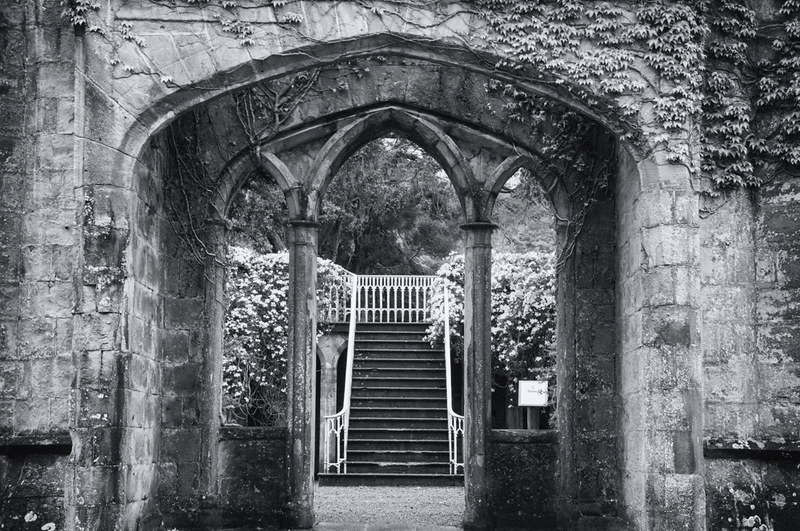