The Atlas Mine Museum is located just outside of Drumheller, Alberta in the Badlands. A coal-mine (now closed) it is a fascinating location, especially if you like heavy machinery. In one area of the exhibit, a lot of abandoned machinery and parts are laid out, against an amazing backdrop.

Another image from our visit to my cousin Sally’s farm outside Ottawa last weekend. 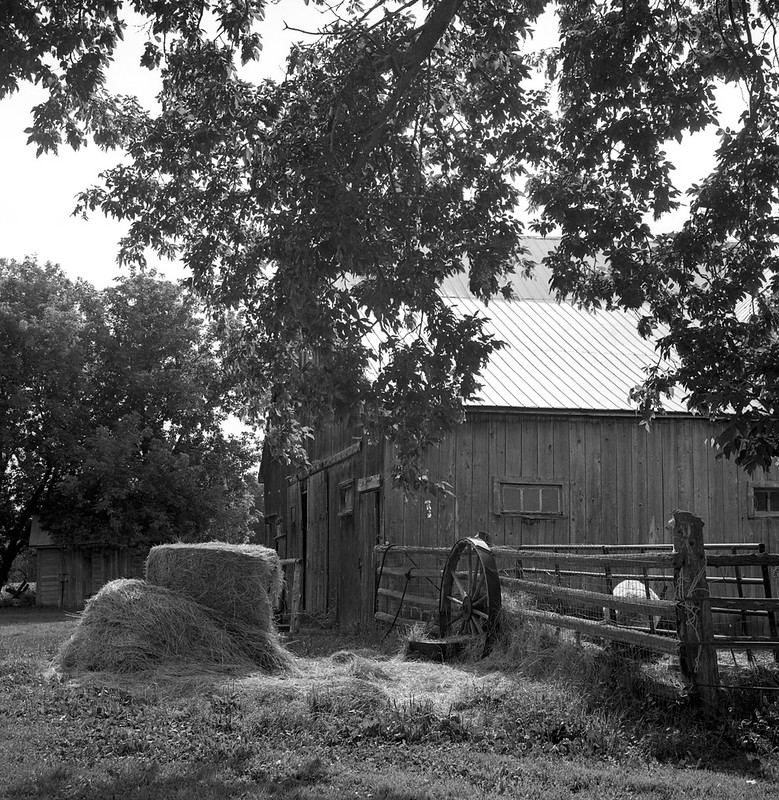 At my cousin Sally’s farm near Ottawa last weekend. The sheep were pretty wary. 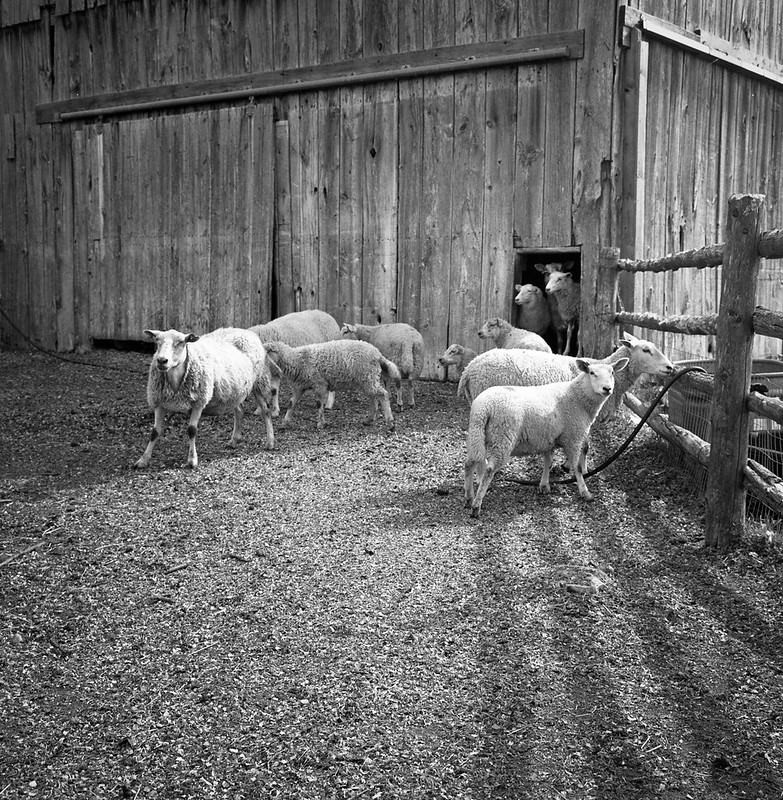 Last weekend I tried my first roll of Rollei RPX 25, a slow, fine grained film. I shot the roll on my Rolleiflex 3.5E3 and I developed the film using Rodinal 1+50 for 14 minutes @ 20 C. High contrast is often a challenge with these slow films, and although the negatives looked contrasty to the eye, I was able to coax good highlight and shadow detail out of them. I will be using this film again!!

I’ve been to these tracks many times. First time I’ve shot them in infrared. 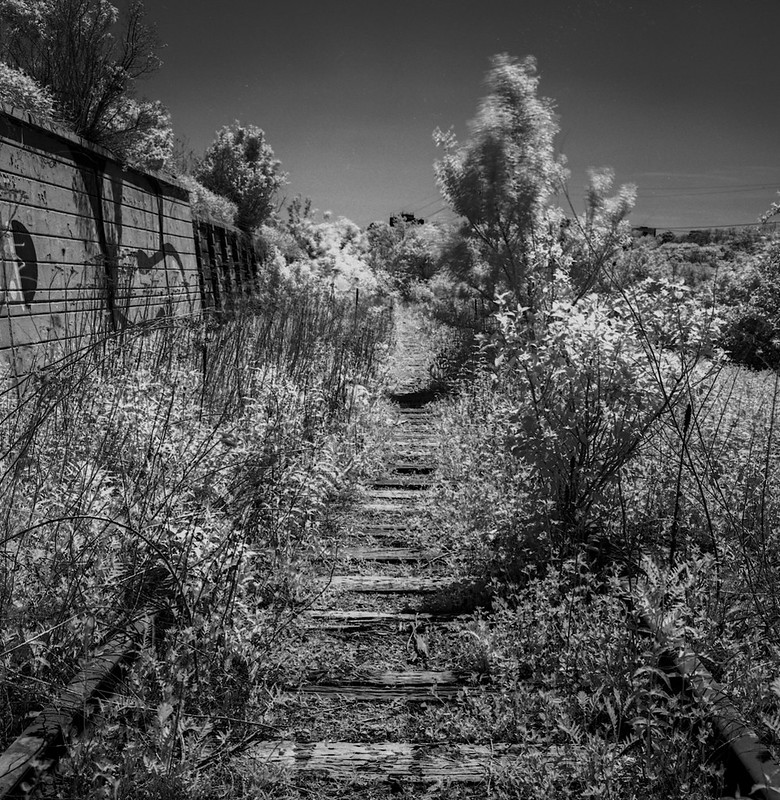 Recently I was done by the lake and saw this young couple: as they looked out upon the calm waters, I wondered if they were looking at a future together. 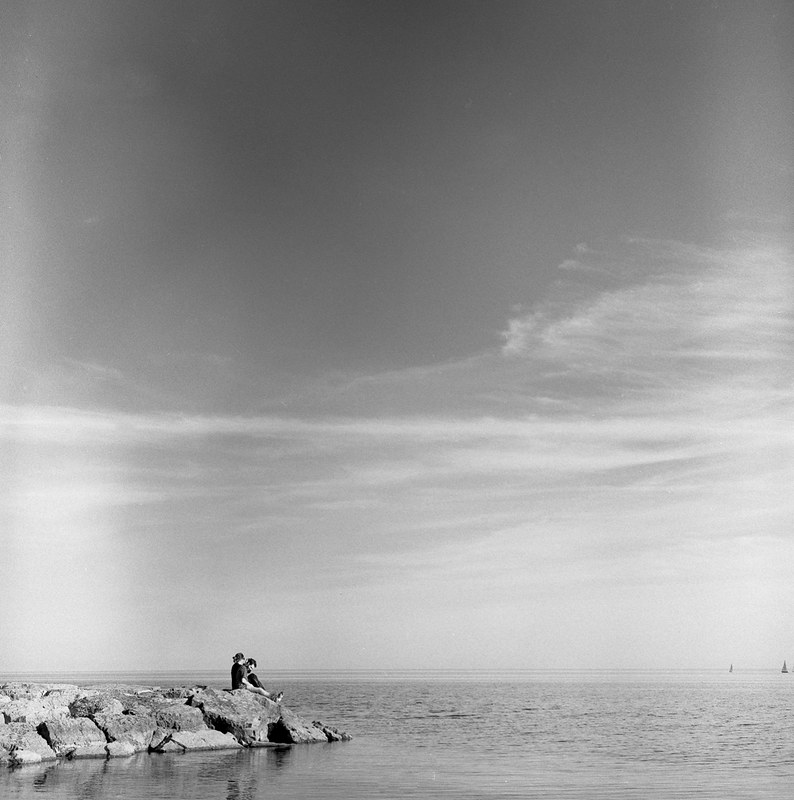 Another image from my happy place, down at the Beaches. 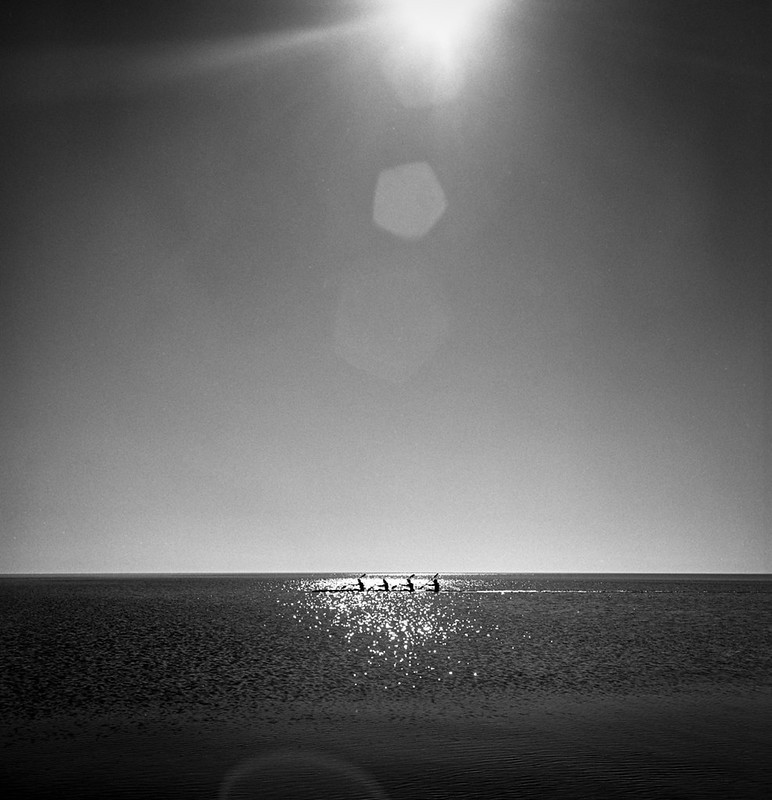 On Saturday I was again down at the Toronto Beaches, and among the films I was shooting with my Rolleiflex was Rollei IR 400, a film that is sensitive to light in the infrared portion of the spectrum. With a nearly opaque IR 720 filter, one gets an almost otherworldly view of an otherwise normal sunny day. 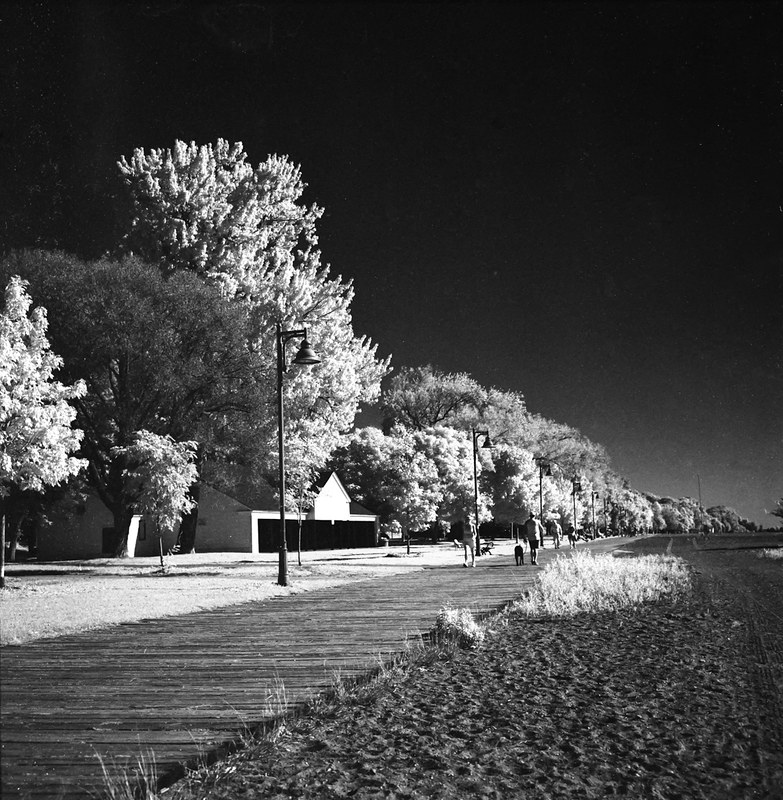 It can be a fun challenge to look for everyday objects that can be an interesting composition. This collection of pylons on Queen Street in Toronto caught my eye yesterday 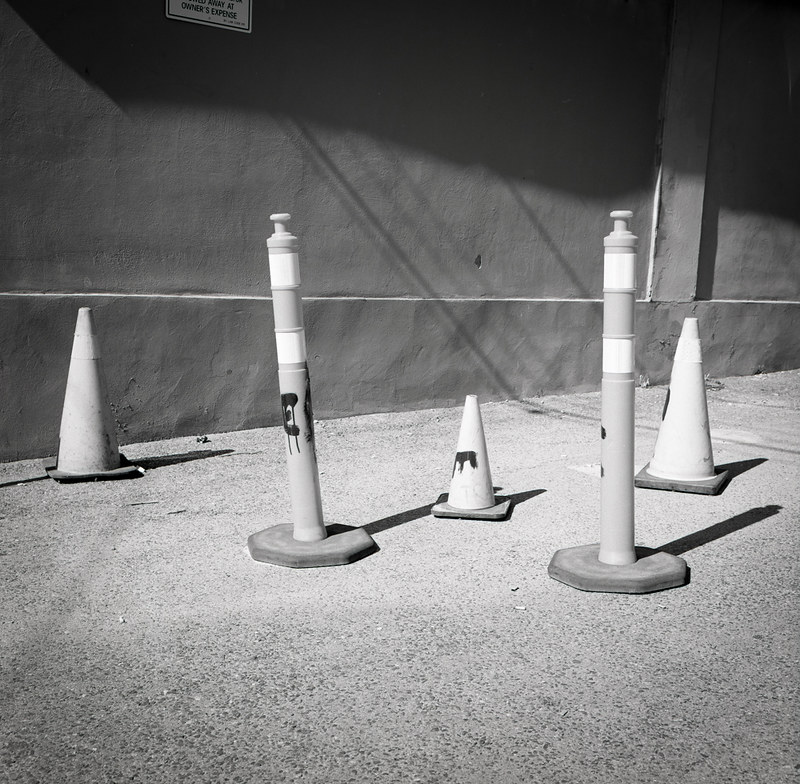