This image is from a visit to High Park in the fall of 2015. The combination of the Rollei RPX 25 film, Rodinal developer and the Zeiss Sonnar 50mm/1.5 lens mounted on my Contax IIIa made for very good sharpness, I love these slow speed films! (I left the sprockets etc. in the scan because I liked the way it looks 🙂 ).

Near a condo development in the west end I found this interesting pedestrian bridge close the the lake.

I only had a 50mm normal lens; I knew it and the squirrel knew it, and I couldn’t get closer without the squirrel scurrying off. I think the squirrel was silently chuckling.

Another image created with my Zeiss Sonnar 50/1.5 lens (on my Contax IIIa rangefinder). At a wide aperture (in this case f2) this is not a sharp lens, and it has a focus shift that makes it a challenge to work with. I do like its atmosphere though. 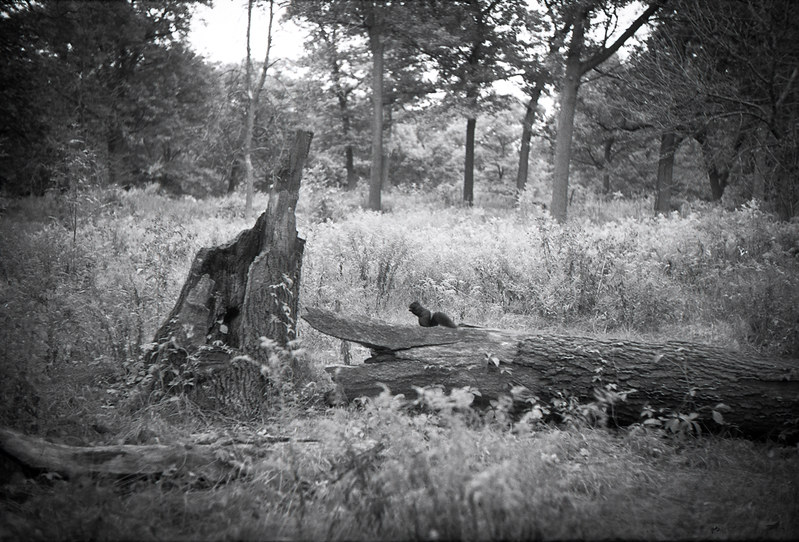 This image was created using my Zeiss Sonnar 50mm/1.5 lens. This is a very quirky lens when used at large apertures, and will definitely take some learning! 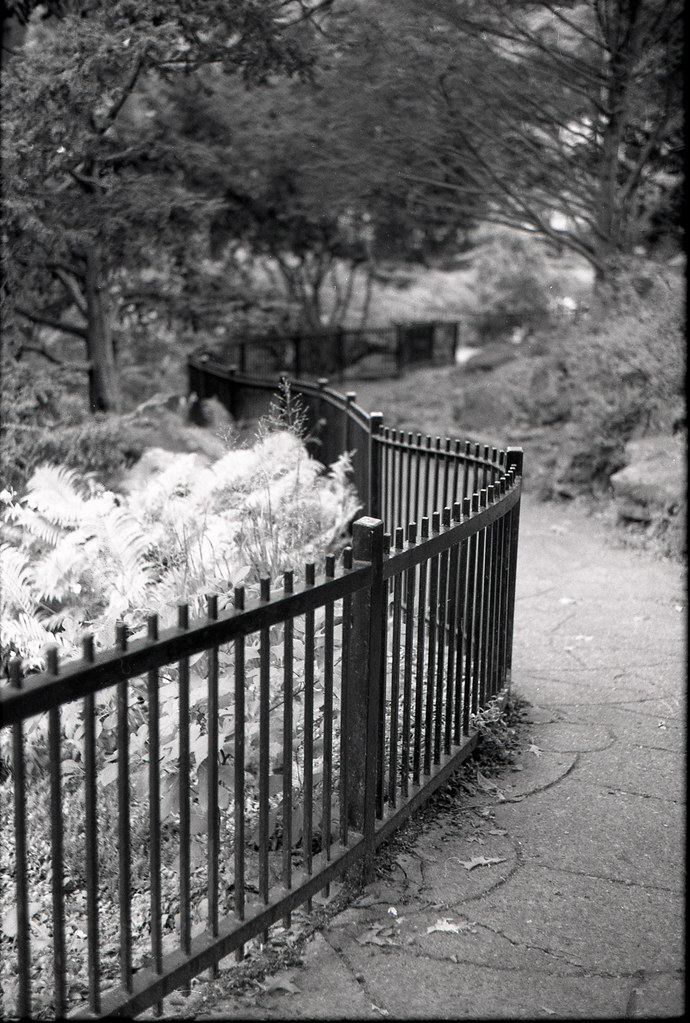 I don’t often get a chance to photograph children, so it was fun recently to get a few images of the younger son of a good photographer friend of mine. He likes to move around a lot, so the manual focus was a challenge!

A few light leaks on the film 😦 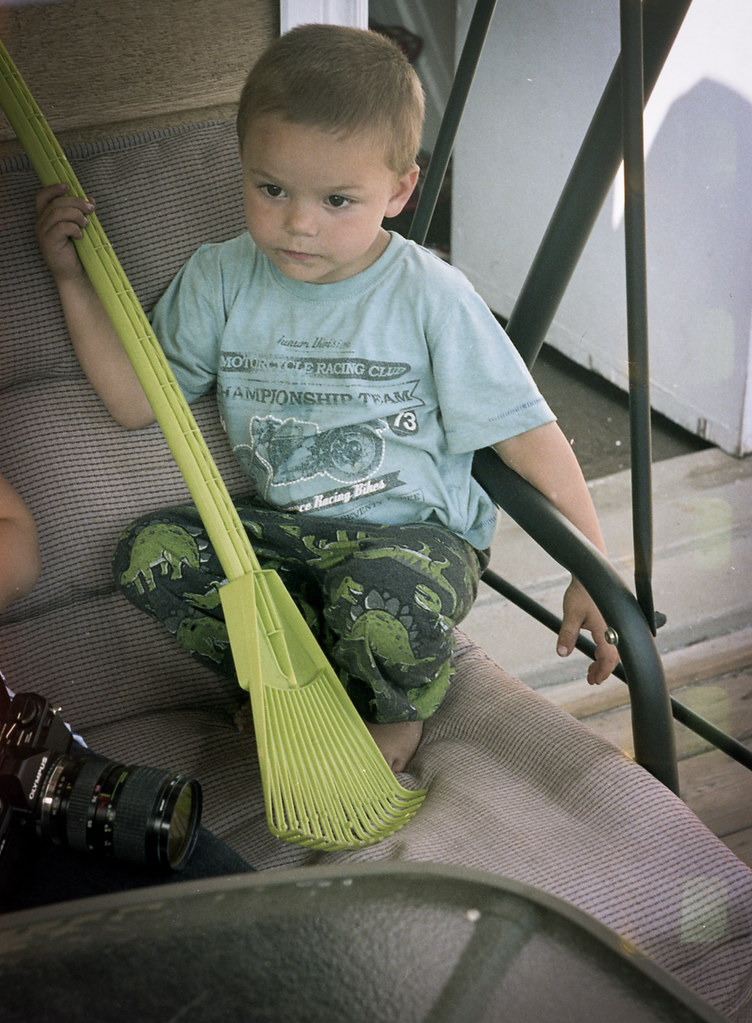 It can be fun looking for interesting patterns and shapes in everyday mundane objects, and a bus shelter in Toronto is about as mundane as it gets. But today’s image was created by strong sunlight beaming through a bus shelter onto the concrete sidewalk, and the geometry seemed interesting to me.

Something different this time around — tack sharp and in colour, taken with my Contax IIIa rangefinder 50mm Jupiter 8 lens and some 400 speed Fuji color negative film. I was struck by the colours and geometric patterns, as if I stumbled onto a piece of abstract art.

Today’s image is the latest in a series taken with vintage 35mm gear (either my Leica or Contax 35mm rangefinder). This image was taken with my Contax IIIa, and Russian Jupiter 8 52mm lens (Damn it’s sharp!!).

The real drama with this image began with the film development though. I have a number of bulk loaders (so I can save money by buying film in 100 ft. lengths and “rolling my own”). I had thought this film was Fomapan 100, one of my favourite films in medium format. When it is developed, its anti-halation coating is dissolved and turns the developer a cheerful shade of green when it is poured out of the tank. When I started pouring out the developer this time around though, it came out clear, meaning it wasn’t the film I though it was. I immediately stopped pouring out the developer, topped it the tank with water, did some mental math and added 75% more development time.

I dodged a bullet, and everything came out OK. (Perhaps a tad more grain than optimal, but I’ll take it). The sad thing is that the film has no edge markings identifying what brand/type it is, but at least in the future I know how to develop it. 🙂

Today’s image is the second in my project of portraiture taken using vintage 35mm equipment. This specific image was taken using an early 1950’s Contax IIIa rangefinder, coupled with a Soviet Jupiter-8 normal lens. The inherent sharpness of this lens was just what I wanted for this look, while still keeping a vintage feel.