Another image from the roll of FP4+ shot with the Hasselblad and the 50mm/F4 Distagon lens in Taylor Creek Park.

This image was taken a couple of weeks ago on the roll I developed this week. At Nathan Phillip’s Square the rink is being cleared of skaters for the Zamboni machine.

I have been in a funk photographically for a few days. Too busy to do much in the way of photography and not all that happy with the images I was taking. I did go out yesterday morning to Taylor Creek Park and finished off a roll languishing in a film back for my Hasselblad and got a few I liked.

I like the combination of Ilford HP5 Plus and Microdol-X Developer (I am using vintage packets of the latter; once it’s gone it’s gone so I will need to switch to the equivalent from other suppliers). It was a very dull day light-wise in the Beaches recently when I shot this but film/developer combination managed to pick out enough contrast. 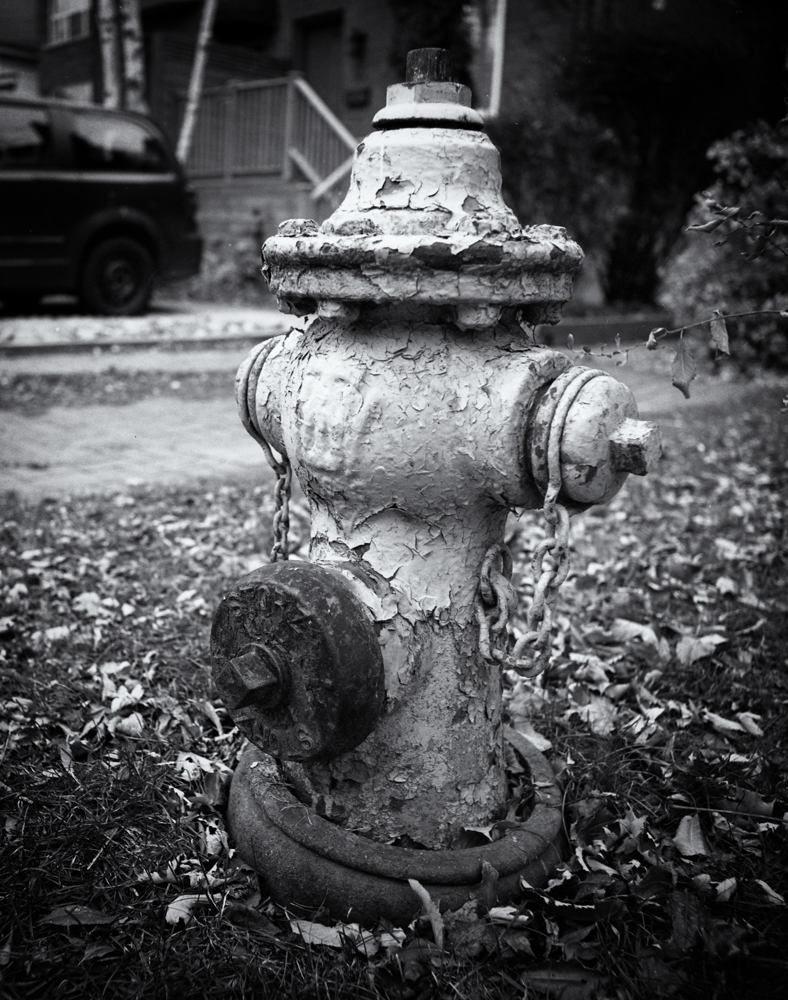 This past Wednesday I (and about 50 other photographers) attended the dress rehearsal of a ballet in Markham (Actual ballet pictures will follow, once we get through a rather Byzantine approvals process). Most people in the room were shooting digital only, although I was shooting both film and digital. There was one other person there though shooting film, using an absolutely gorgeous Hasselblad 500C medium format camera.

As the ballet took place, the room was alive with the sounds of shutters clicking, including the sound of one shooter who felt he or she needed to shoot 8 frames per second to capture a dancer spinning. But every now and then, out of the din of digital shutters, CLUNK. It was the sound of the Hasselblad shooter firing her shutter.

It was a beautiful, authoritative, absolutely analog sound, and it was interesting to see other photographers turn their heads at the unfamiliar sound. Without trying to wax too poetical, the sound of the Hasselblad shutter firing expressed the soul of photography, more than the tinny little click of a DSLR shutter ever could.